On the way home from a family vacation this fall we stopped to get gas and found Velvet Smoke BBQ. They claim they are “Cinncinnati’s Only Championship Barbeque!” and they have the trophy’s to prove it. They are tucked away next to a BP gas station in a store front off Highway 74 (exit 52) on the way from Indianapolis to Cinncinnati.

Being the Foodie that I am I had to check this place out. I wasn’t the least bit hungry.  Right away you see trophies and plaques of awards from BBQ contest. I was told that there are more trophies elsewhere. Velvet Smoke started out as a couple of guys cooking in their backyard for family and friends. They became so good at it that someone suggested they enter competitions. They did. Winning came naturally. 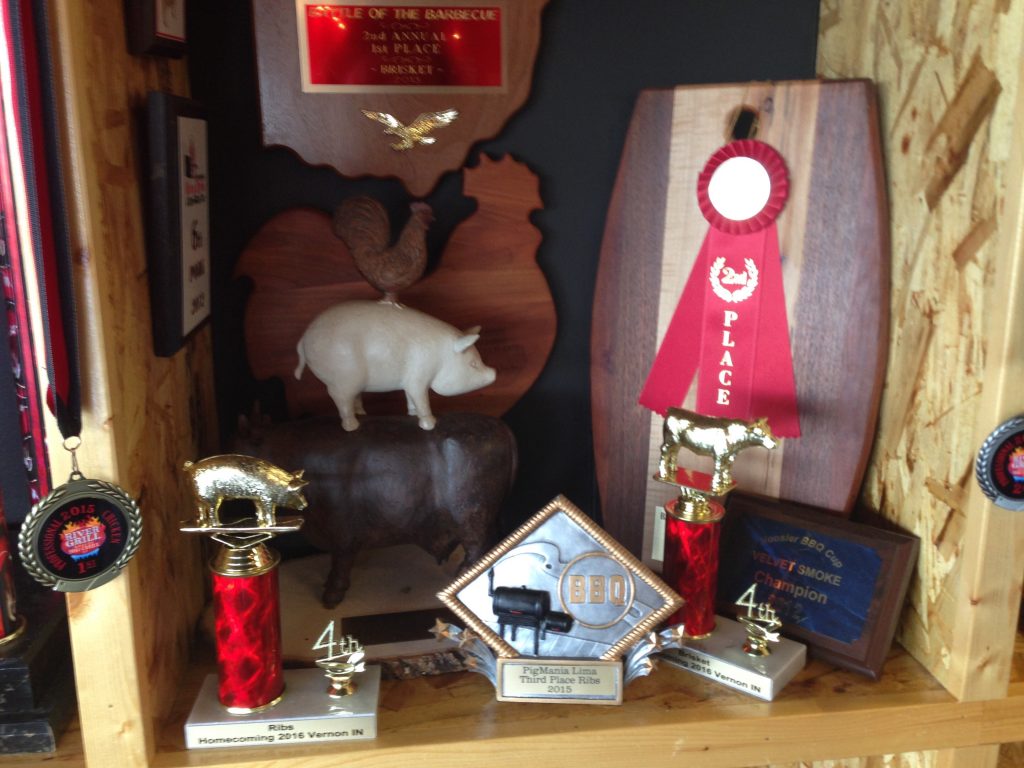 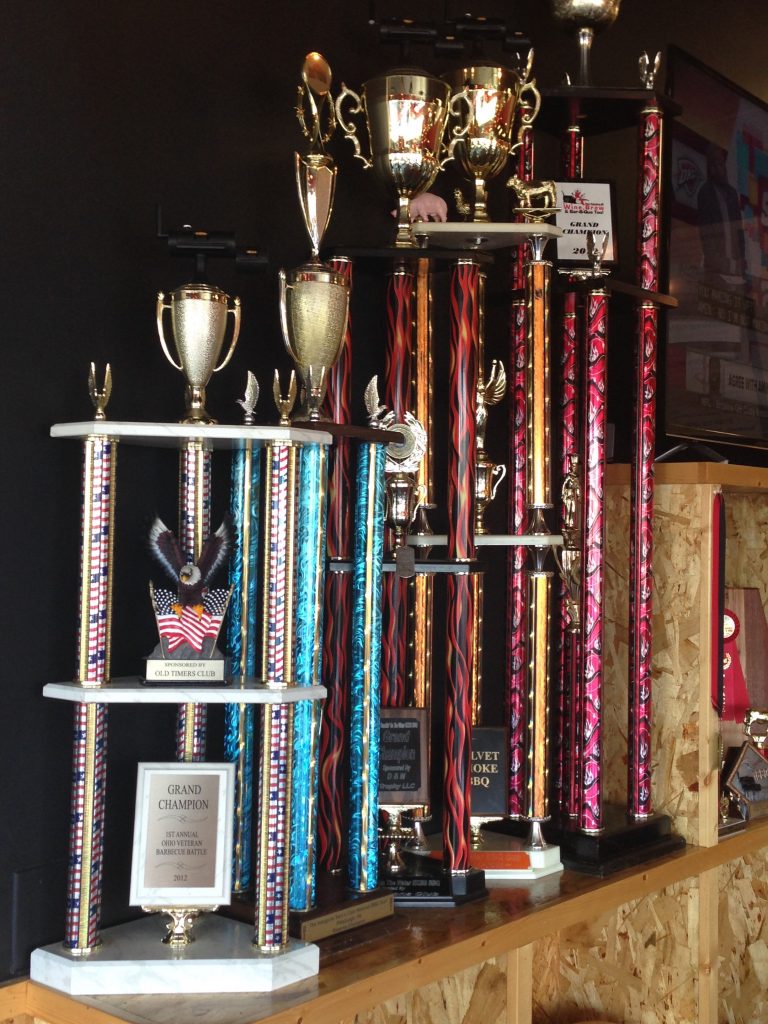 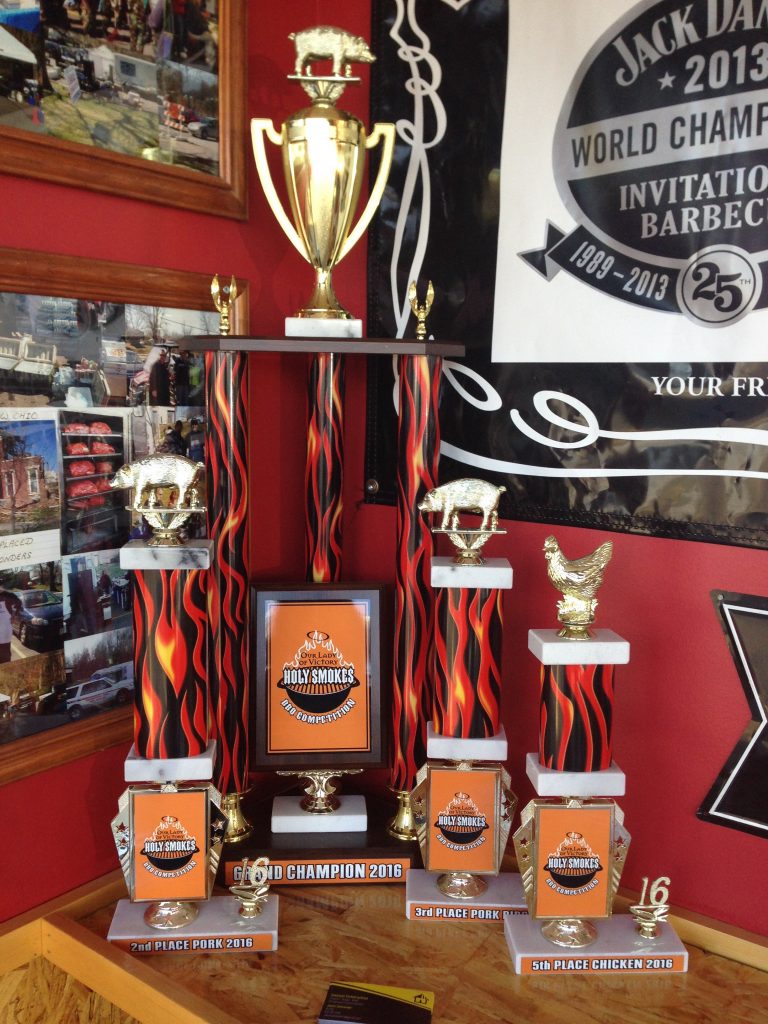 They make everything (except the buns and the chips) from scratch. The BBQ sauce, seasonings and even the cornbread croutons for the salads are made in house. I decided to get something to take home so I ordered the Sweet Carolina Pulled Pork. It has a mustard based sauce which is something you don’t see often. It came with a Bacon Cole Slaw (which I asked for on the side) on a grilled bun. Eventually, I did put the slaw on the sandwich and it was incredible. The bacon slaw was very tasty on it’s own but it complements the pork and mustard sauce very well. I see why this is a popular variation from the traditional sauce. 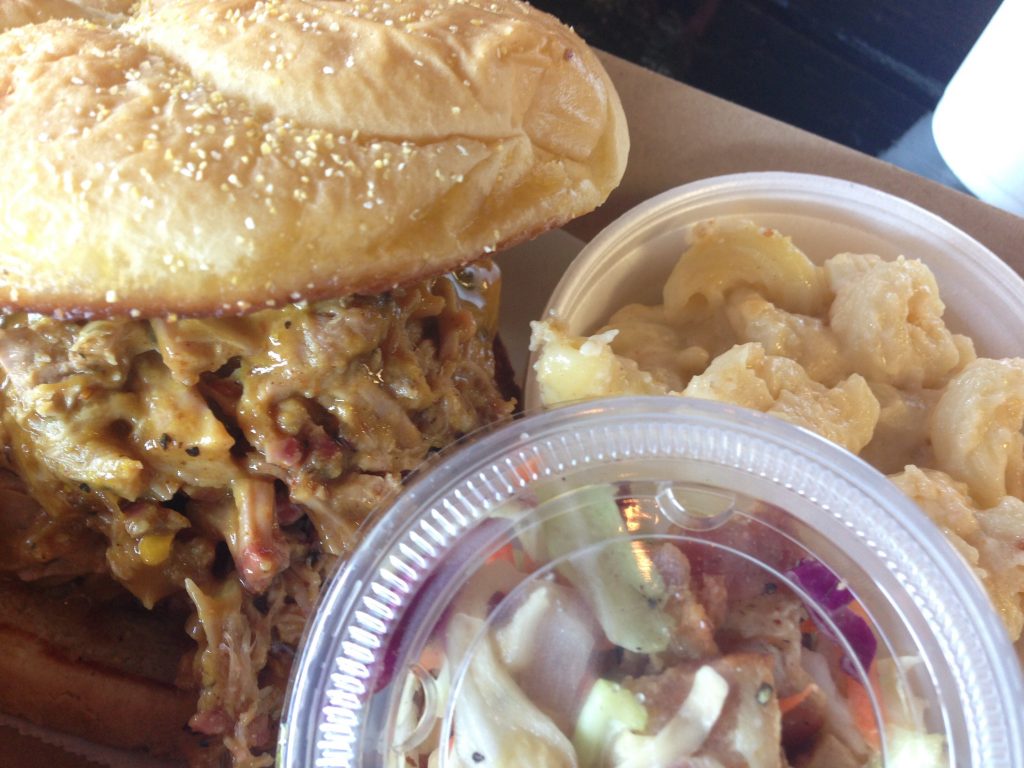 Sweet Carolina Pulled Pork with a side of Mac and Cheese plus Bacon Cole Slaw!

Apparently, Velvet Smoke was a regular vendor of the Finnley Market in Cincinnati which explains why they say they are “Cinncinnati’s Only Championship Barbeque.”  When I found them in Southern Indiana but it’s still close to Cincinnati, right?!  Velvet Smoke was at Finnley for about 3 years and needed to expand. There wasn’t anywhere to grow.  The story I was given is that a regular customer of their named Corky told them about the space they are currently located in. They have been at the current address for about 1 1/2 years and their business has grown. (I think Corky just wanted them to move closer to him!)

I did ask one of the employee’s what the favorite item on the menu is for most folks. It changes from time to time but then it was the chicken wings.

It’s totally worth the stop!

If you have a favorite BBQ place comment below or send me a message! I may try to visit it and write a review! 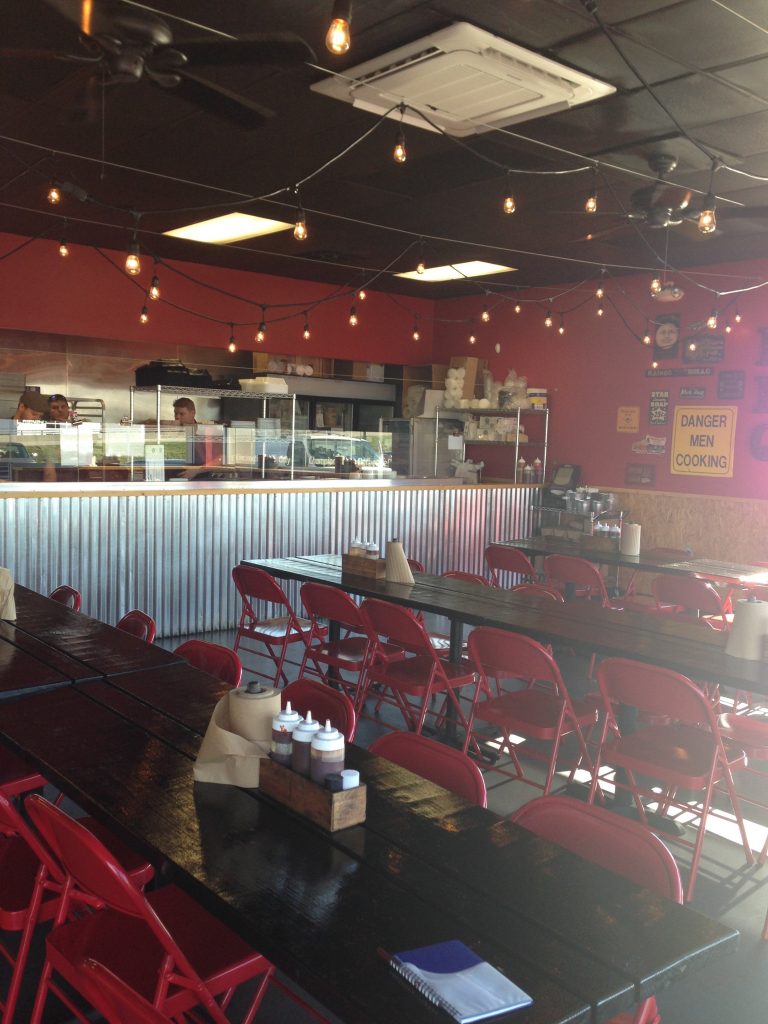 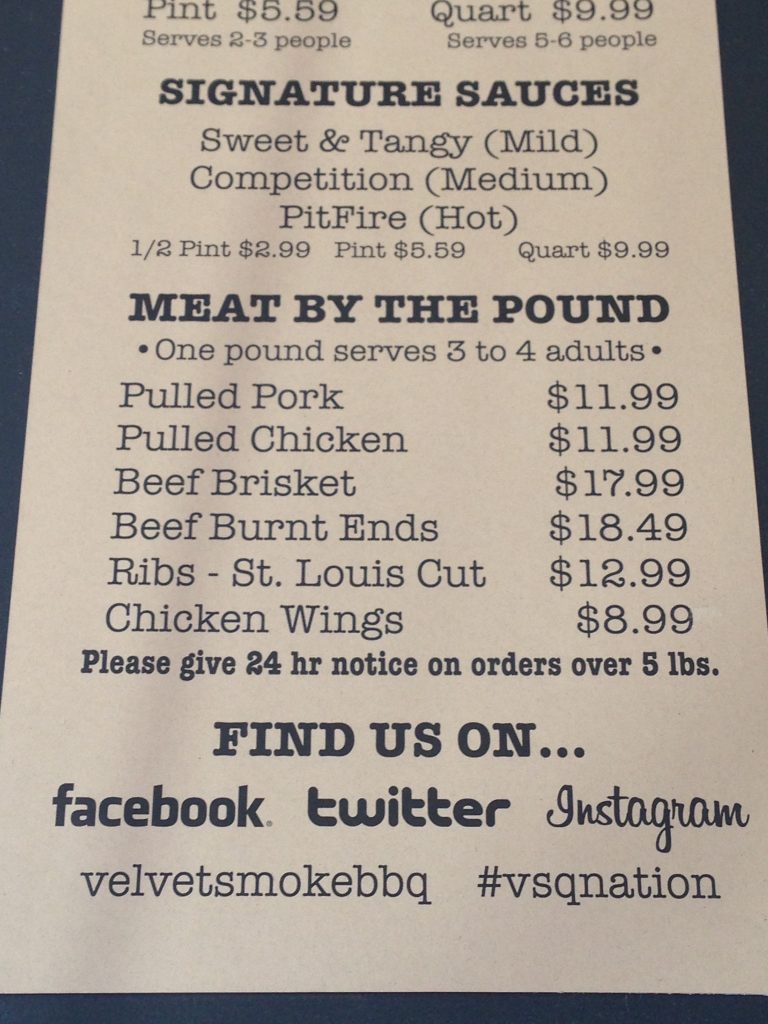 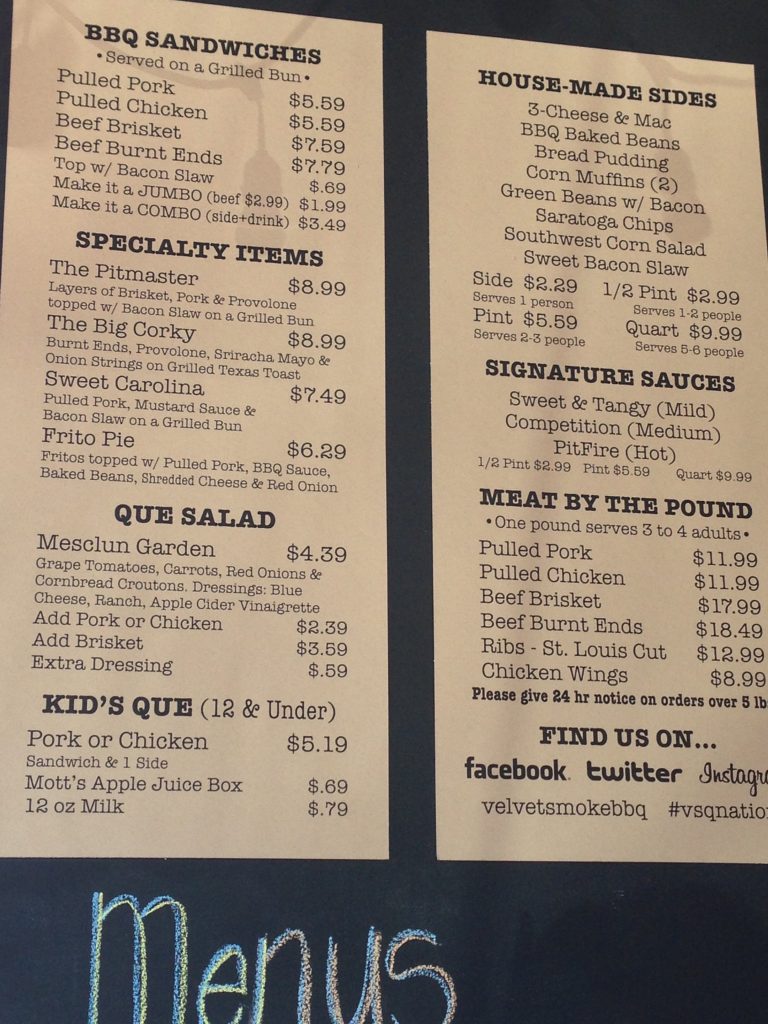