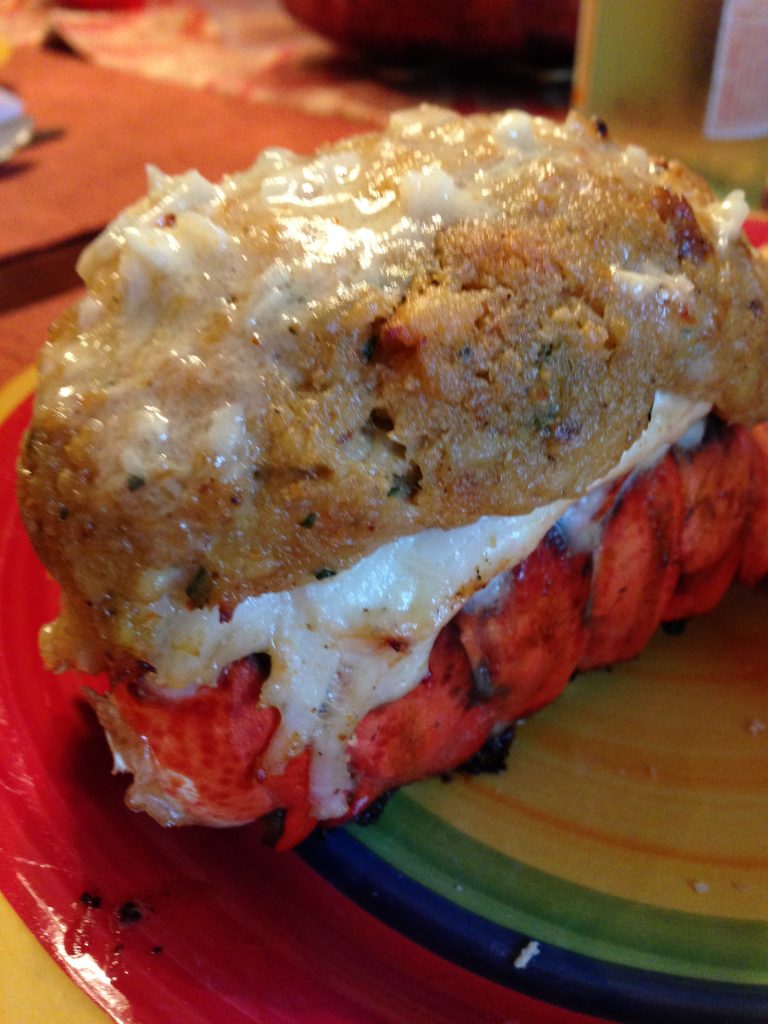 I write a lot of articles on places I’ve eaten and recipes.  I decided to ramble a little about men that cook. Some of the best home cooks I know are men. If a man decides they want to cook they usually do it very well.  My husband’s very good friend from childhood, Kevin, is one of the best and he does it as a hobby. It’s not uncommon to visit with him and have him tell us about a new recipe he’s mastered. He’s traveled a lot so he’s learned different techniques and cuisine. He likes to make Gumbo for our Super bowl party. That’s his signature dish, but in all honesty, he can cook just about anything. I think he makes the best steaks I’ve ever had. I can’t eat a steak when I order it out anymore because they never taste as good. He makes his own steak sauce too. He has shown me how to do BBQ Ribs, Stuffed Lobster and Prime Rib. He will on occasion call us up and say he wants to cook. I’ve never turned him down. So if you’re reading any of my Facebook posts or articles and I reference Kevin this is the guy! 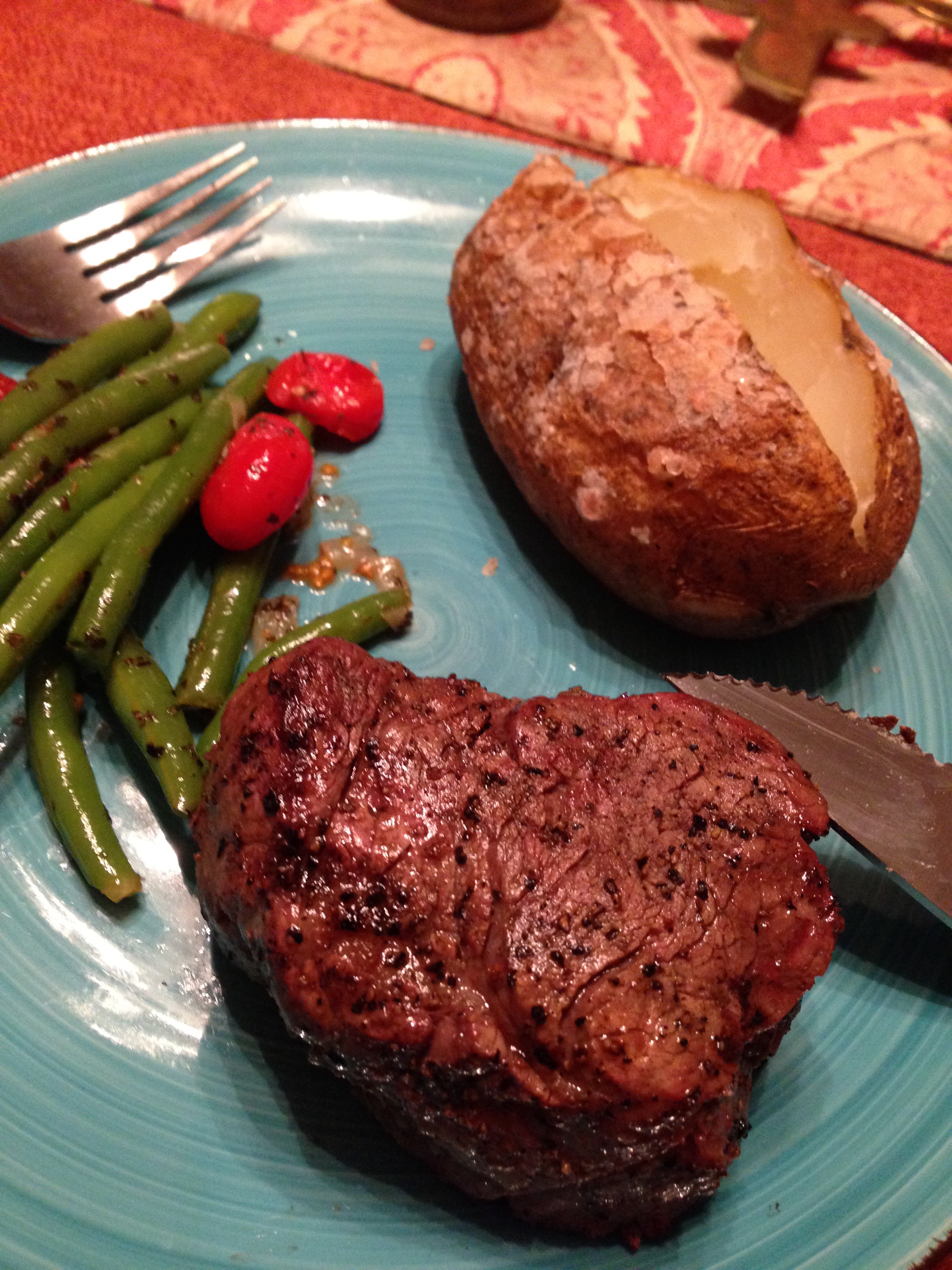 My good friend Jill’s husband Scott is a really good cook as well. I think the best coconut shrimp I’ve ever eaten was some Scott made. He works a lot but from what I understand on the weekends he does plenty of cooking. The kids always say he’s the best breakfast cook. He’s made us breakfast a few times and it’s not a small affair. It’s like a buffet. I remember Jill telling me that he and one of his friends made a Turducken. If you’re not familiar, it’s a chicken stuffed inside a duck stuffed inside a turkey. That’s no easy feat. Scott knows fine dining, good wine and food. It’s always to treat to see them. 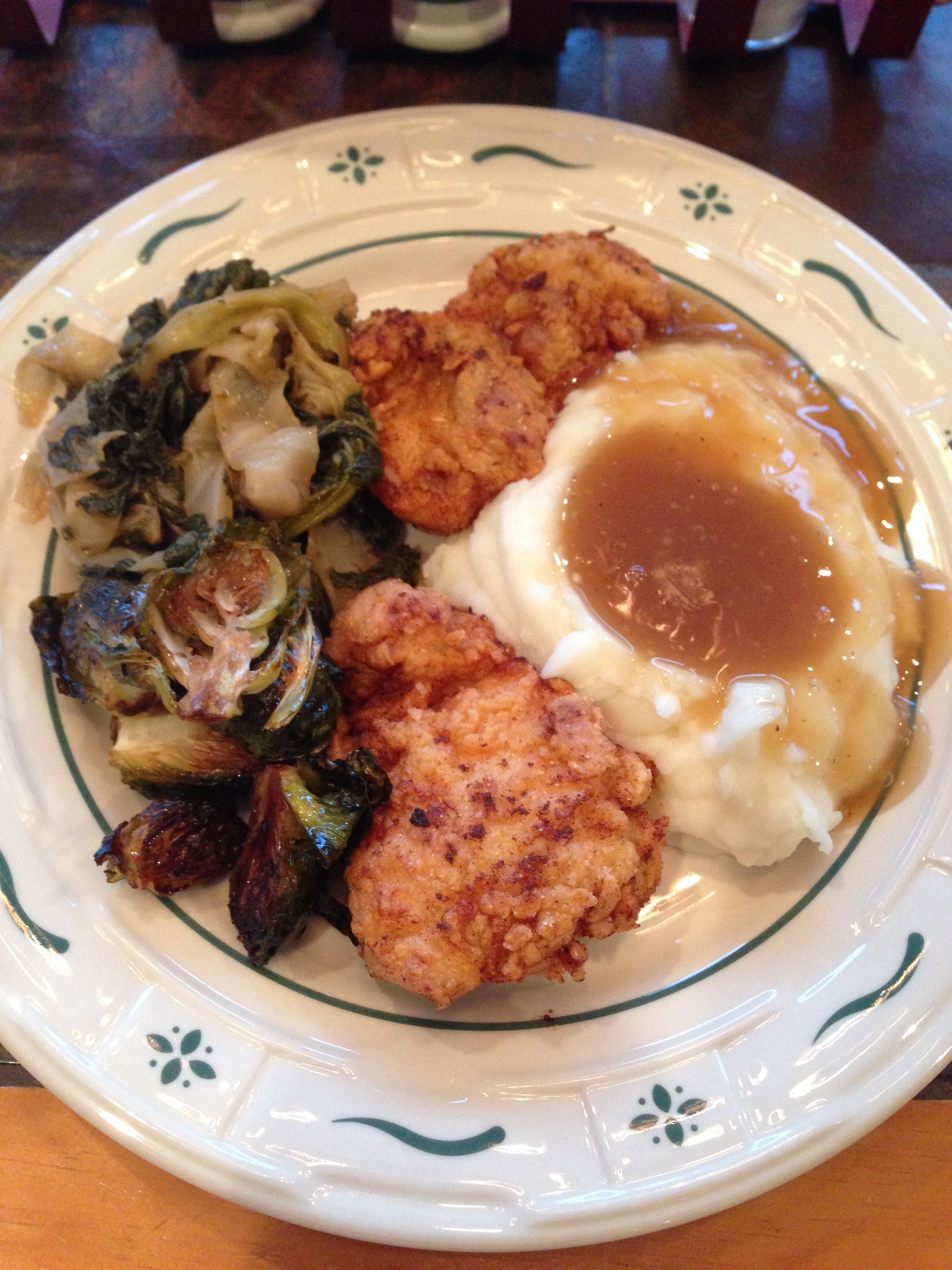 My boy’s uncle Brent is probably another really great chef. He’s worked in a meat market for a little while. He lived in Wisconsin so he knows all about cheese. I watch his post on Facebook. He’s always cooking different unique items.  He got me interested in making Chimichurri. I really got into it this year watching him grill steaks and seeing the photos on Facebook. I haven’t eaten much of his food but it’s pretty mouthwatering when you look at the pictures. He make what they call poor man’s shrimp cocktail and I was able to try that. Instead of shrimp you use cauliflower and it really does turn out pretty well. He served it with St. Elmo’s Shrimp Cocktail Sauce. Brent knows his way around a kitchen. He’s into good beverages and food. Often if I’ve read about a trendy new restaurant in the area he’s already been there. 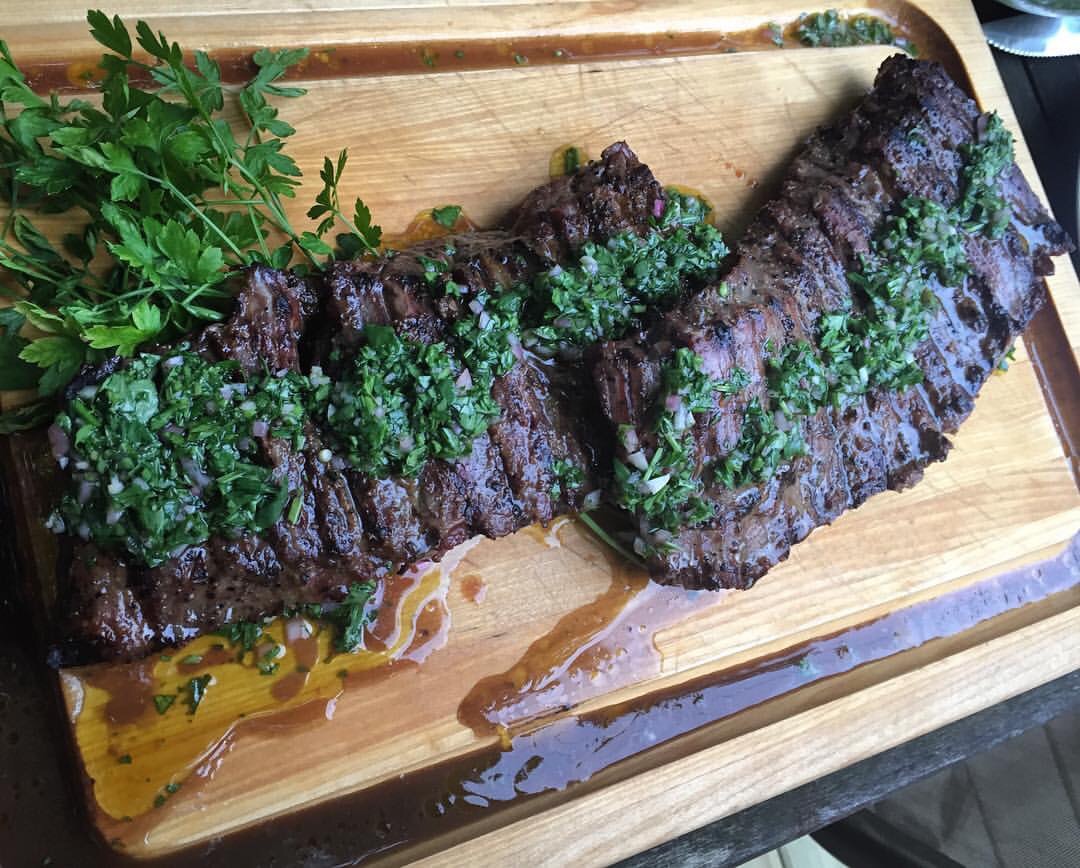 Then there’s my good friend Jason. He used to come over and cook with me in my home. It was a great way to visit with each other. Cooking can truly be a social activity. We used to joke that we could do a cooking show which I dubbed “Cooking with Mr. Jason.” You never know that may be a live video I post some day. Jason is a comfort food master. Pot Roast, Fried Chicken, Green Beans and homemade bread. We came up with the term “Redneck Fondue” after making this delicious gravy. Not to be politically incorrect but it seemed to make sense at the time. 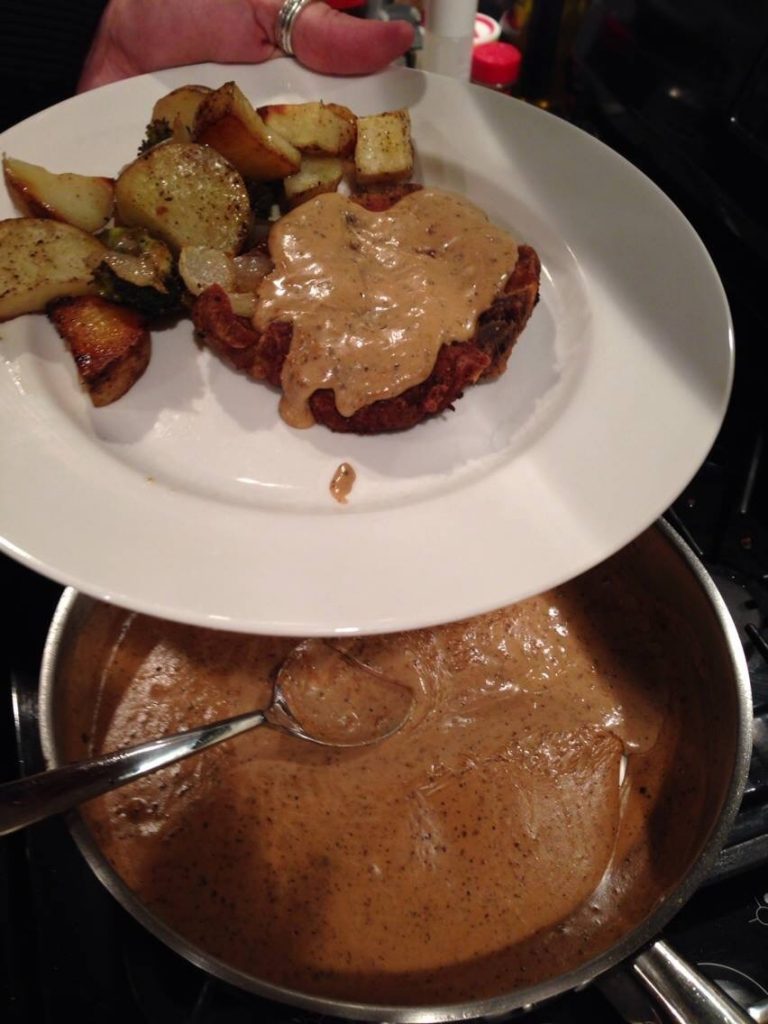 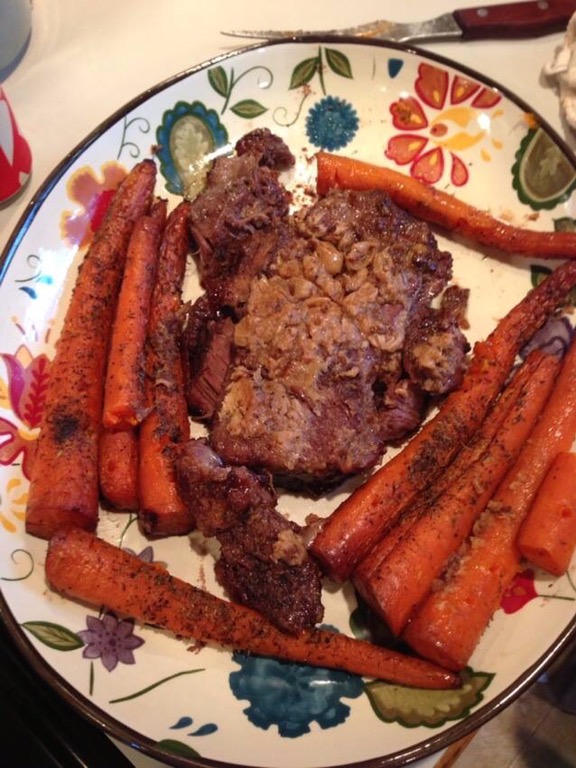 I’m not saying that women aren’t good cooks, obviously we are. But it just seems like when a man takes an interest in cooking they take it to a whole other level. In fact… all of these guys are probably better than I am.

I referenced these gentlemen as “Chef” in the captions. I need to clarify that they aren’t professional Chefs. I just wanted to throw a shout out to these guys because I admire what they do and I joy watching them cook.

Who’s your favorite cook and what do they make that you love? Make a comment below! I’d love to hear your stories.